For Perfoming Books #2 and on the occasion of the 40th anniversary of the Iranian revolution, LE BAL will present the original collection of photographic and political books by Iranian artist Hannah Darabi.

Gathering works published between 1979 and 1983, years corresponding to the short period when freedom of speech prevailed at the end of the Shah’s regime and the beginning of the Islamic government, Hannah Darabi takes us to the heart of an intense artistic and cultural period specifically for documentary photography in Iranian history. This period, fundamental to understand the country’s history during the 21st century, is decrypted by Chowra Makaremi, tenured researcher and a member of the National Center for Scientific Research (CNRS) in Paris. To suggest another reading of this collection, Hannah Darabi will engage in a dialogue between her books and her personal artistic work composed by contemporary photographs of her home town, Tehran, and existing image-document such as family pictures, media images or postcards.

" THE TITLE OF THIS BOOK, ENGHELAB STREET, IS A REFERENCE TO THE AVENUE IN TEHRAN KNOWN FOR ITS CONCENTRATION OF BOOKSTORES AND PUBLISHING HOUSES. THE STREET GOT THE NAME ENGHELAB, WHICH MEANS “REVOLUTION” IN PERSIAN, AFTER THE EVENTS OF 1979. " — Hannah Darabi

A POLITICAL HISTORY OF BOOKS

The period of tumult and instability of power that extended from the end of the Shah’s regime in 1977 to the consolidation of the post-revolutionary state in 1983 provided a window—unique in contemporary Iranian history—of freedom for the production and distribution of books. At a time when audiovisual technologies did not yet possess the flexibility, ease of use, and distribution that they do today, these works played a key role in the political and social scenes. This transitional period between two regimes provides an opportunity to observe Iranian society by freeing ourselves from the idea of the revolution as a clean break.

This was a moment of uncertainty, when the outcomes which are so obvious today (the imminent fall of the Shah, and the true nature of the upcoming Islamic Revolution) seemed unlikely without the benefit of hindsight. It was a time when Iran became a proving ground in which new ways of articulating artistic, intellectual, and political activities were being tested. This profusion of anarchic activity broke all the editorial rules and was a response to censorship. The rudimentary means and amateurism into which the opposition was forced was a tangible affirmation of the stultifying political climate. It is in this context that opens up a tremendous arena for the development of documentary photography. These photography books published during that period, with a vigor that would soon be tamed or co-opted by the powers, provide valuable information on the motivations of a new political and aesthetic sensibility.

This avid consumption of reading matter demonstrates a dual and sometimes even ambivalent movement that defined a generation: the desire to both reach out to the outside world and the need to affirm a « modern » Iranian national identity free of imperialism. These few years stand out on their own in terms of the country’s publishing history. The creation and distribution of books would never be as unfettered as it was during this period. Nevertheless, at the same moment, books were also progressively becoming instruments of political propaganda and publishing became the laboratory in which to experiment with every form of dissemination of emotions, ideologies, and opinions. This propaganda operated through the production of texts, but also, and especially as of 1979, through visual and pictorial production. — Chowra Makaremi

" THE BOOKS, AS TOOLS OF INTELLECTUAL RESISTANCE, ALSO INDICATE THE REPRESSION AGAINST WHICH THOSE IN THE OPPOSITION STRUGGLED. " — Chowra Makaremi

The exhibition will end on February 11, anniversary date of the Iranian revolution, with a day of general discussion and conferences coordinated by Chowra Makaremi.

Born in 1981 in Tehran, Hannah Darabi is an Iranian artist and photographer. She studied at Tehran’s College of Fine Arts and then at the University of Paris VIII-Saint-Denis.

Chowra Makaremi is an anthropologist and researcher at the CNRS (French National Center for Scientific Research) in Paris.

The personal biographical questions on the afterlife of the images are intelligent and self-critically suspended in the collective history of the country. In this respect, Hannah Darabi approaches the work not only as collector, but most especially as photographer.

When we look at photobooks today, many of them are a presentation of a body of work, but in discovering Hatami’s work, Darabi realized that the publication was created as a vessel for knowledge—intelligent, sentient papers bound with a cover, brought to life through their ability to keep secrets and understand the power of their final form.

With the support of the European Research Council (ERC).

The exhibition will lead to a book co-edited by LE BAL and Spector Books, created by Hannah Darabi with the contribution of Chowra Makaremi, anthropologist and researcher at CNRS.

The exhibition book is achieved with the support of the CNAP.

PERFORMING BOOKS, Exploratory format, this new BAL Books initiative presents a collection every January selected by an artist, researcher, or book
lover on a specific theme. Debates, performances, workshops, concerts: while activating the collection to confront the questioning it raises, LE BAL will
turn into a research laboratory focused on the role of books as a political gesture and a critical reflection on society. 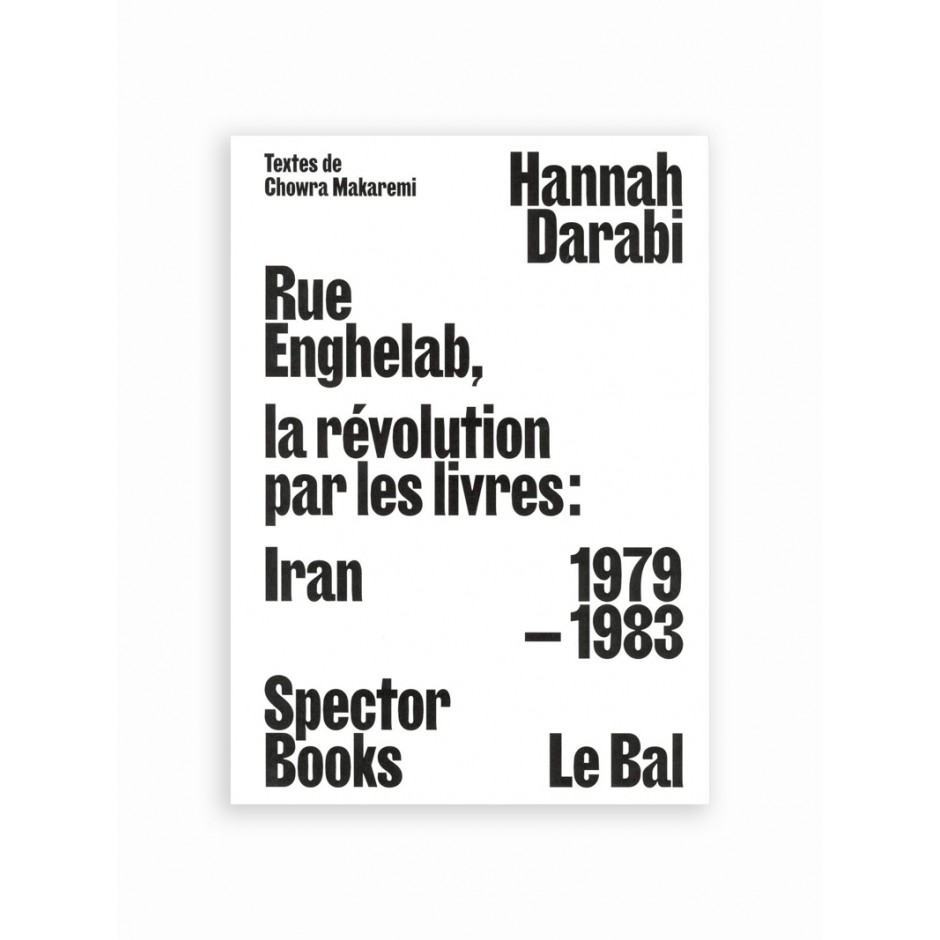 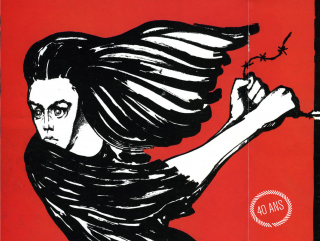 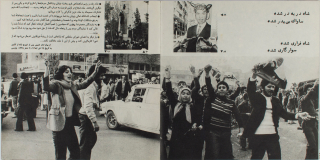 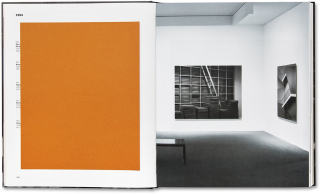 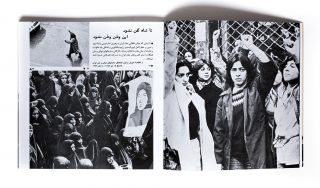 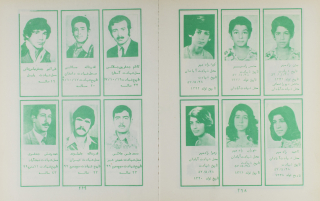 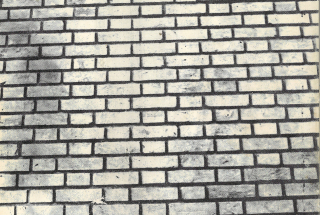 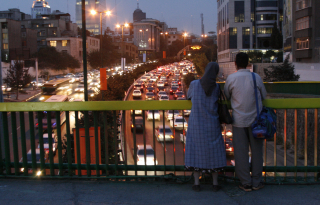 PROJECTION AND TALK WITH AGNÈS DEVICTOR AND NADER TAKMIL HOMAYOUN