HOW TO CAPTURE, THROUGH THE IMAGE, THE ABSENCE AND DISAPPEARANCE?

The physical or symbolic suppression of certain population groups is a major experience of contemporary political violence - a recurrent epilogue of revolutions and the dark side of conflicts. "Dark" because writing the history of this violence is to face the logic of erasure (of beings, traces, memories) from which it proceeds. From the perspective of contemporary Iranian history, this evening explores ways to document, tell and capture this erasure, and the limit-experience of what government is through death.

Emmanuel Alloa is a lecturer in philosophy at the University of St. Gallen in Switzerland and Senior Research Fellow at the Pôle National Suisse de Critique de l'Image (Basel). He directs the Perceptions collection and co-directs the Média/théories collection at Les Presses du réel. His research lies at the intersection of phenomenology, the history of ideas and aesthetics.

Bahar Majdzadeh, a research artist, is interested in the period in Iran that lies between two decisive moments: the 1979 Revolution and the 1988 massacre of political prisoners.

Moderator: Chowra Makaremi, anthropologist and researcher at the CNRS, associated with the Institut de recherche interdisciplinaire sur les enjeux sociaux - IRIS. Her work focuses on the anthropology of the State, the legal and ordinary forms of violence and the experience of the subjects, particularly in situations of exile.

Single rate: 7 euros with admission ticket for the current exhibition*
*Valid during the entire duration of this one. 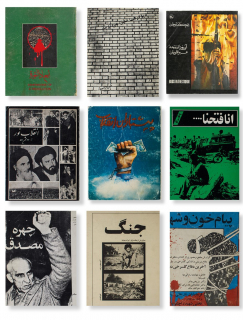