For the first time, Jeu de Paume and LE BAL are presenting a shared exhibition, on the use of media—photography, film and video—by Italian artists of the 1960s and early 1970s. Focusing on Arte Povera, the exhibition opens up to various fellow travellers of the movement and beyond, in order to study the position of the Italian avant-gardes in relation to photography and the moving image.

This exhibition will display the extraordinary richness of a period in which Italian artists began to be familiar with the narrative power of photography, video and film. From Michelangelo Pistoletto's mirror paintings to Giulio Paolini's or Giovanni Anselmo's large-scale photographs on canvas, from Alighiero Boetti's photocopied works to Franco Vaccari's photo-booth strips or Luciano Giaccari's performance videos, it will provide a panorama of the visual experiments of the Italian avant-gardes of the period in the field of the image.

“The point of departure for our overview is Arte Povera in its broadest sense—a radical avant-garde alternative to pop, modernist culture, and conceptual iconoclasm—artists who shared a dialectical attitude, using media as instruments of analysis, as documents, as icons. The ability of Italian art to appropriate all kinds of materials has often been emphasized. It is therefore hardly surprising that for artists versed in disruption, the media was alternately a filter, a material, or an artistic medium.

Photography becomes picture, document, report, sculpture, book, album; videos and films become allegory, projection, installation—like so many spaces enlisted to create a new field of investigation, to transform life into the metaphor of a quest. More than giving a new image to modernity, by using the media, the avant-garde sought to dismantle its structure, its roots, to deconstruct the discourse around its function and its aura. Art was no longer about affirmation but raising consciousness. Documents lost their simple textual function to become relics, fulfilling what Michel Foucault called in the late 1960s, their passage ‘from document to monument.’”

Giuliano Sergio, curator of the exhibition

Commented tours of the exhibition by the BAL's lecturers will take place on the following dates:

Joint visits will also be organized between the two venues:

Finally, specific visits will be proposed: 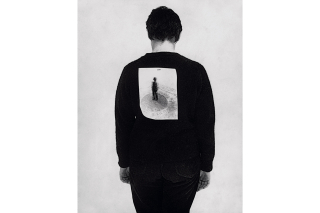 Discovery visit for teachers and associations 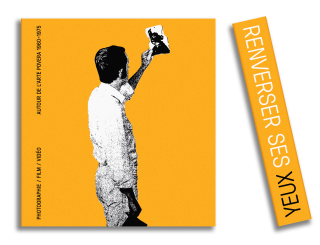 Reversing the Eye. Arte Povera and Beyond 1960-75: Photography, film, video