To go along with the exhibition Common Objects, Light Cone set up a programme of works from experimental cinema and independant movies. Their common feature : question differently the idea of entropy, major un Lewis Baltz's work.

Since the 60s, many artists and directors unveil a brand new face of America. Robert Smithson is the first to talk about "entropic landscapes" when he starts his discovery of the mining careers, the suburbs and other "outlying" places. Unlike Lewis Baltz who represents abandoned places to criticize the capitalist establishment, Smithson shows that's the way it goes. In Spiral Jetty, he begins a huge construction site to create into the Salt Lake a spiral made of mud, basalt and sakt. This one mays allude to infinite and provokes a constant loss of your bearings. A willpower that reminds Fresh Kill by Gordon Matta-Clark.

The idea of entropy, if we refer to physics, suggests a constant loss of energy towards the explosion, the dissolution and the end of universe. Among the great thinkers of 20th century, Gunther Anders initiated an analysis work to highlight a sick american society, where man got the technological power to end civilization. For the first time in history, he can finally annihilate himself. Bruce Conner reveals this chaos and its irreversible characteristic in Crossroads, a movie in which he gathers archive images from the nuclear test of "Baker" of July 25, 1946 in the Bikini atoll.

Just like Pasadena which has been for a long time the favourite place of plastic artists, Los Angeles (and more generally California) became in the 60 an epicenter of creation. Directors and artists, who often teach the numerous visual art schools, meet and influence each other there. This ferment isn't denied by the production of experimental movies at this time. Between Los Angeles and San Francisco, arise movies that will become masterpiece of american experimental cinema. This screening is going to be the occasion to rediscover Gas Station by Robert Morris. A dual-screens rarely screened in projection rooms which explores the possibilities of perception between the visual human experience and the "objective" perspective of a camera. 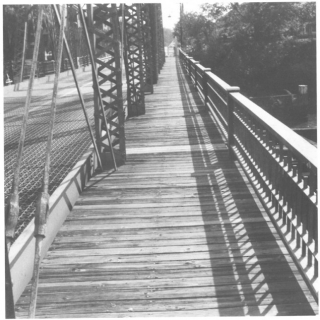