AS PART OF THE  Fanzines ! Festival, LE BAL BOOKS INVITES September Books, PAÏEN and 1991 TO PRESENT THEIR EDITIONS AND THUS GIVE A GLIMPSE OF THE LANDSCAPE OF THE PHOTOGRAPHIC FANZINE IN FRANCE.

These three young independent publishing houses publish in different artistic worlds but share the same taste for DIY and limited edition. During this meeting, the publishers will each present their publications and discuss their editorial choices about the fanzine format.

1991
Created in 2016 by Etienne Vergier and Matteo Verzini, 1991 is a publishing house inspired by the DIY aesthetic and offers zines in editions limited to 50 copies. They have recently published Victor Malecot's Diary, Alex Brunet's Lubov and Agathe Rousselle's Lonely Crowd.

PAÏEN
Composed of Lia Pradal & Camille Tallent, PAÏEN is a duo of artists who mainly work on printed images. Under this name, they offer a hybrid and versatile approach to their activities: artists, publishers or graphic designers. Thus they publish their own works (The Largest in the World, The Guidebook of Church Burners, La Grand-Messe...) but also collaborated with Emilie Traverse for Nuit Blanche.

SEPTEMBER BOOKS
An independent publishing house specialising in photography, since 2016 September Books has been publishing books and fanzines by artists such as Bérangère Fromont, Marie Quéau, Pauline Hisbacq and several editions of the collectif Jeune.

The moment in space 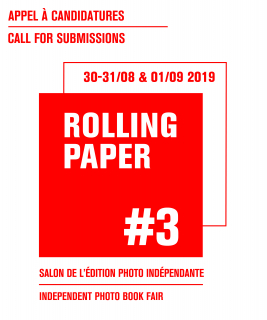