A program by Light Cone* and Le Bal

In the '50s, Dave Heath discovers New York and chooses Washington Square as a focal point. His experience of the city and the feeling of isolation in public spaces will be determining factors in the evolution of his photographic work. A frequent visitor to Greenwich Village, he immerses himself in the political and cultural context of the era, where the first signs of an underground cinema – figurative without being narrative – begin to emerge. This very questioning of cinematographic conventions is explored in this series by way of two themes dear to Dave Heath: the city and solitude.

*Created in 1982, Light Cone is a directors cooperative which aims to distribute and protect the experimental cinema. Its activities relate as the historical forms of this cinema as the contemporary innovations. Light Cone distribute more than 5 000 movies and video by 700 artists, in France or abroad.

From street cinema to the formal liberation of the early '60s, this program explores various attempts, in the '50s, to sketch out a new urban geography of New York, from Harlem to Times Square, via Third Avenue and Brooklyn. From documentary to experimental, each film seeks to capture an ephemeral flow of sensations, of fugitive impressions: children's street games in the Hispanic neighborhood of Harlem (Helen Levitt), the rituals of Lithuanian immigrants in Williamsburg (Jonas Mekas), the elevated metro of Third Avenue, soon to be destroyed (Stan Brakhage), crammed passengers filmed in flamboyant Kodachrome colors and accompanied by the music of Duke Ellington (Pennebaker), visual research imbued with a trace of Cubism and Dadaism (Thompson), scopic drives activated by anamorphous neon signs (Hugo). Thus cinema turns into pure rhythm, generating new visions of the city.

The Glorious Thirty, consumerism, the Vietnam War, civil rights battles... cinema becomes a sounding box of the era and, in the vein of the New Wave, examines a society doubtful of itself. Within 10 years of each other, Stan Brakhage and Robert Frank film boredom and frustration over the course of a party or a day, while Jack Smith, in one of his very first films, articulates the constraints of the urban space with a dance in a vacant lot hindered by wire rope. The constrained staging of bodies and their difficult interaction is taken to the next level in the face-to-face proposed by Stephen Dwoskin. In turn, Standish Lawder compellingly and humorously brings into play the kind of solitude born from anonymity, in a film that Jonas Mekas has called « one of the strongest and grimmest comments upon the contemporary society that cinema has produced. » 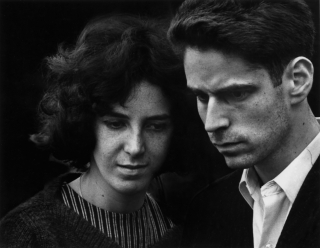 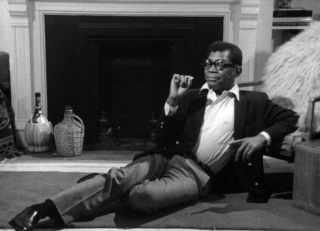