Discussion between the two photographers of the exhibition, with Diane Dufour.

" [...] When we started our work there in 2008, the development was in full swing. The building felt like a shell, its bottom half completely empty, and the top half sparsely populated. Former residents moved out in a hurry to make way for the developers. Many of their apartments were then burgled and trashed. Months later, when the development had failed, we entered room after room where the floors were covered in piles of broken possessions, torn photographs and scattered paperwork. We would walk the corridors, through whole floors of empty flats, and then suddenly hear children shouting, the fizz and smell of frying fish, and then, briefly, voices and running water as we passed the bathroom and kitchen windows that face the passageways.

But these spectres disappeared as quickly as they had come, leaving us to wander through wrecked apartments, corridors and dark stairwells.

We met many of the remaining residents in the lifts where we asked to make portraits of those who were willing. When we brought copies back to their apartments, doors opened to all kinds of living arrangements – whole families in bachelor flats, empty carpeted rooms with nothing but a mattress and a giant television consol, and penthouses divided up with sheets and appliances into four or five living spaces.

By the end of 2008, Ponte’s old owners had repossessed the building and started the mammoth task of cleaning it up and refitting the stripped apartments. Another cycle in the building’s life had begun before the last illusions of a grand future could be erased. The posters and graphics advertising ‘New Ponte’ still hang in the hallway, passed daily by many residents who still think that this is what their building will become. We started to work systematically, visiting each apartment to request a picture of the door and of the windows – we will eventually stitch these images into giant internal and external panoramas. As we proceeded with this task, we noticed that almost everybody was watching their television sets, seemingly ignoring the spectacular views that attracted us to their windows. So we joined them, and would spend hours in front of old Rambo movies, Congolese sitcoms, music videos and Nollywood dramas. All the stories from Ponte’s past were there before us – the druglords and the gangsters, the shootouts and the prostitutes, the ghosts and the voodoo magic – not in the building itself, where young people and families went about their lives calmly, but on the hundreds of screens that were stacked above each other, flat by flat and floor by floor.

Ponte has always been a place of myth, illusion and aspiration.

This is what we seek to evoke in these preparatory pages. Perhaps this task is best left to the images that we have found there – both in the abandoned flats, and in the marketing material and advertising that we have collected from 1976 and 2008. When these documents are seen next to the dystopian appearance of the building and its surroundings, one begins to project an image of this city during this time. It is a place of dust and dreams, befitting the land on which it sits, which has attracted millions of migrants since gold was discovered in the 1880s. People are still drawn here from all over the continent in search of better lives for themselves and their families.

But the gold, in all its incarnations, inevitably fulfills the dreams of so few.

All around them, those who service this passion are scattered in a modern metropolis – pinning their dreams to the flashing signs which crest the city and some of its buildings." 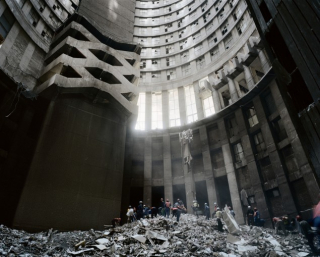 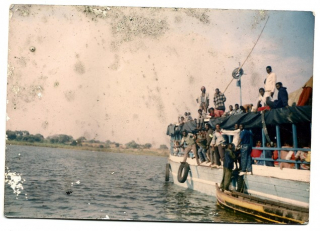 BY SONIA EMMANUEL AND DENIS HIRSON 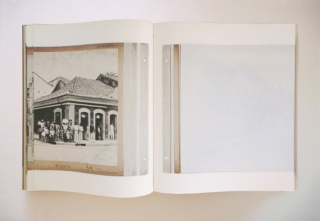 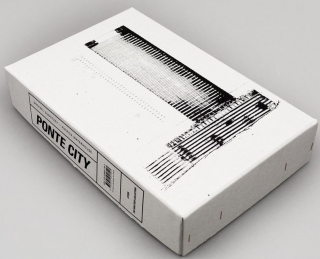