Based on artists' films and experimental movies from the Light Cone collection, these three sessions highlight three possible interpretations of the landmark work by Marcel Duchamp and Man Ray: the strangeness of forms at the outer reaches of the legible, a point of view that stresses the image's mineral aspect, and a challenge to the established order from telluric natural forces.

« It is strange to think that nature, which can neither draw nor paint any likeness, sometimes creates the illusion of having done so, while art, which has always been successful at resemblances, renounces its traditional, almost inevitable and 'natural' vocation and turns to the creation of such forms as nature itself abounds in – mute, unpremeditated, and without a model. » Roger Caillois (L’Écriture des pierres, Skira, Genève, 1970). An interest in the mineral world and its diversity is apparent in the work of many artists. Jean Painlevé and Thorsten Fleisch unveil the hidden splendour of crystals, Helene Garberg takes us into the stony depths of Mexico, and Nathaniel Dorsky reveals the concealed wonders of the desert in Alaya, a film eleven years in the making.

« Formlessness designates an inherent capacity on the part of forms to deform themselves, to move suddenly from similarity to dissimilarity », Georges Didi-Huberman (La Ressemblance informe ou le Gai Savoir visuel selon Georges Bataille, Macula, Paris, 1995).The interplay between what assumes form and what is formless, between what obeys classification and what eludes it, between what is identifiable and what shuns identification, is the key to the films on show here: the naturalistic view taken by Robert Schaller when he reproduces the eyesight of a bee with a pinhole camera; the organic approach of Miles McKane, in which mosses and plants turn into forests in miniature; and the purely perceptual vision of things constructed by Rose Lowder.

« From my site you can see mountains with horizontal lines where the old lake bit into the rock as it was going down. The mirages are extraordinary; you can see whole mountains hovering over the earth, reflected upside down in the heat. The feeling of timelessness is overwhelming . . . After camping alone in the desert awhile, I had a strong sense that I was linked through thousands of years of human time with the people who had lived in the caves for so long » Nancy Holt. Ranging from the Racetrack Playa geological site near Death Valley (Adrien Missika) to the volcano of Mt Stromboli (Laurent Grasso) and the Great Salt Lake in Utah (Nancy Holt), these films explore nature's deep driving forces. They too are proof that man cannot afford to cut himself off from the environment he lives in. 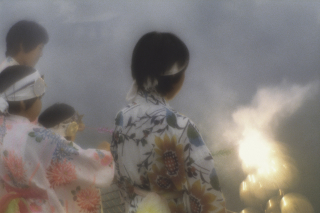 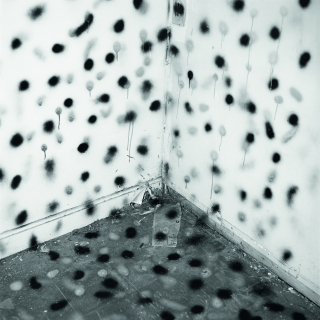 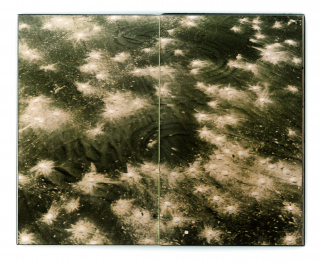 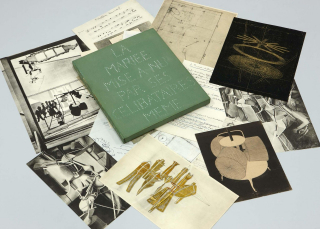 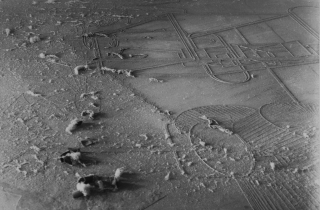 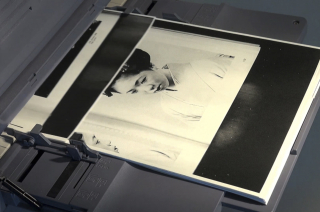