In Japanese, Tokyo-e has got both meanings at the same time: « towards Tokyo » and « images of Tokyo. » This coexistence of two conflicting forces, one that strains towards some elusive reality and, one that simultaneously solidifies appearances, poses in an acute and singular way a paradox of Japanese photography.

How can you represent a territory that is intrinsically perceived as flowing? How can you photograph cities, bodies and objects which are, by nature, shifting, fleeting and forever changing?

These three photographers are looking for the uncertain formula of a culturally mixed Japanese identity, under American influence, and drastically altered by modernity’s new forms. In three distinct ways, their photography challenges a Japan that can’t avoid being thrust into the world’s disorder.

Shown here for the first time in Europe at LE BAL, Keizo Kitajima’s work was, in 2009, the subject of a major retrospective at the Tokyo Metropolitan Museum of Photography.

Keizo Kitajima was born in 1954 in Suzaka (Nagano Prefecture), Japan. He took up photography at an early age; his discovery of the precursory works of Nobuyoshi Araki and Daido Moriyama marked his teenage years.

The early 1970s were a time of dislocation of the photographic language in order to render a Japanese society that was rife with deep-rooted protest movements (against the Vietnam War, against the presence of American bases in Japan, against the construction of Narita airport, etc.) Emphasising a fragmented and entirely subjective vision, favouring the capture of raw experience and « pure expression » the photographic idiom then became highly contrasted, blurred, shaky, playing with repetitions, superimpositions, appropriations, and mishaps.

After the Workshop school closed down in 1975, Keizo Kitajima and Seiji Kurata, together with Daido Moriyama, opened a new independent gallery, Camp, in Tokyo’s Shinjuku district.

The whole of Keizo Kitajima’s work is haunted by an obsession: identity, or rather its opposite; what Kitajima himself calls un-identity.

Co-founder, in 1968, of the legendary Provoke magazine, Yutaka Takanashi is a major character in the history of Japanese photography. In his 1974 book Toshi-e (Towards the City), he caught, in quivering flight, a fast-changing Japanese society, marked by the emergence of political and artistic avant-gardes.

Started a year after the publication of Toshi-e, the Machi series radically broke up with the blurred, overexposed, expressionist, black and white style of the Provoke years. Takanashi then focused on one of the most ancient districts of Tokyo, Shitamachi, where little by little the traditional world was being invaded by signs of modernity. His interior and exterior Portraits bear witness to this planned disappearance, in the intense yet faded colours of still lifes.

These Portraits are devoid of any human presence. Sometimes, rarely, there remain traces of life: some garment, a rusty bicycle. A city (Machi), yes, but gutted by who knows what catastrophe. The compositions are extremely rich, frames within the frame, a profusion of details and plays of colours, contradicting this feeling of immobility and silence by confronting it with countless lines of force. Their confrontation yields a strange disquiet: haunted photographs, haunted maybe by the last breath of everlasting Japan.

Takanashi returns to Shitamachi in the same way as you pay a visit to your dead.

The series, partly published in Asahi Camera magazine, starting in 1975, became the subject of Machi, a book published in 1977 by The Asahi Shinbun.

By a railway track, in a local police station, down in the streets, in the tanneries around Tokyo, in the markets, an investigator follows a trail, in a strange case. He is tracking the murderer of Sato Tadashi, parts of whose body (his nose, two fingers and penis) have been discovered on 13 January 1958, hidden in a vat of oil in the Irabaki Prefecture. Yukichi Watabe, then a young photojournalist, was granted exceptional authorisation to shadow the investigators.

Thus the photographer documents an intermediate situation - neither the moment of the murder, nor that of the arrest – akin to a search for identity. By following the scattered clues, Watabe embraces this subtle turning-point there is in any investigation, when the detective puts himself in the killer’s shoes so as to adopt his way of thinking.

And when the man dissolves, there surfaces a Japan that is still hesitating between its pre-war geography and a new, urban visage, symbol of its spectacular recovery.

Following the extended metaphor of troubled identity, the codes no longer belong to photography only but also to cinema: a sequential logic, a certain linearity and a completely narrative framing: images unfold and involve the onlooker. Shot after shot, the mystery is engulfing those in charge of solving it.

For Tokyo-e, Xavier Barral Editions and LE BAL co-publish the book A Criminal Investigation, in collaboration with the Wislon Centre of Photography.
Steidl and LE BAL have re-published a facsimile of the legendary series of 12 booklets that were issued every month in 1979, echoing Keizo Kitajima’s Photo Express: Tokyo exhibition at the Camp Gallery.

« We can all be thankful for the happy ending to this unlikely story, which has led to one of the most interesting and unusual books of the year. The work so powerfully conjures the look of film stills that at times, it is hard to believe that such dramatically composed shots could have been taken in a traditional documentary photography setting. »

TOKYO-E received the support of the airline company ANA. 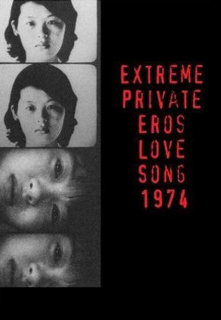 Japanese documentary film through the late 1970s to present 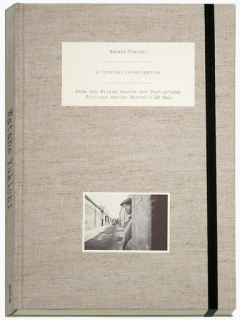 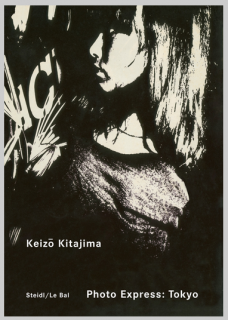