Film cycle around the exhibition Images of conviction
June 9 - June 23, 2015

To go along with the exhibition, three screenings, mostly composed of independant and experimental movies, will highlight the persuasion strength of images.

Images recorded by security cameras or drones, instant images or found footage. These are the visual forms of the control on citizens which are convoked ; with the necessity, according to Michel Foucaut, to deconstruct the founding structures of our society.

Three months after Fukushima cataclysm, one security camera on the site floods the official page of the nuclear company with images. 4 bâtiments face à la mer by Philippe Rouy is an editing of these images with subverts the initial intention of transparency of the operations. The panoptic ideal is denounced like in the movie I only wish I could weep. Archive by The Atlas Group. This fiction, built by the lebanese artist Walid Raad, presents the visual records conserved by the operator #17, an intelligence service agent in charge of the surveillance of La Corniche, a popular place in Beyrouth. The surveillance mecanisms are also dissected in Prison Images, made of movie quotes (Genet, Bresson), documentary and security images which helps Harun Farocki to denounce the essence of place closed on itself. A dialectical thinking about the powers of image.

Close to Beijing central train station, thousand of people from all provinces of China come to report some injustice or misuses by the local authorities. Yet they can't be heard in their province, these farmers, workers or modest owner have to travel to the capitol, hoping for justice. Piled up in a slum, they suffer from police and administration pressure. Zhao Liang documented this struggle. Recorded on a decade until the Olympic games of Beijing in 2008, this movie highlights which the central power tries to make invisible. These images are missing images.

Extract from documentary pieces, the scenes recorded here reveal unreachable and mysterious places. Body Trail sets itself between the crime scene and the recorded performance. Bodies lie, like some strange sculptures of flesh. Mansfield 1962 is made of found footage shots, recorded during the summer 1962 by the police in the public toilets of a little town in Ohio. Through a one-way mirror, the purpose was to collect visual evidences of illegal sexual practices. The body is also in the heart of The Unmanned – 2045 – The Death by Ray Kurzweil. The transhumanism theorist and his supposed lineage are recorded in a forest with drones giving a new way of thinking about biological limits. In BIT Plane, a drone equipped with a camera flies illegaly over the Silicon Valley, in a move as ironic as transgressive. A Falcon, in On Air, received an espionage mission in Middle East. A reflection on the modern and archaic tools of domination. 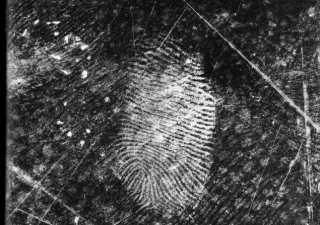 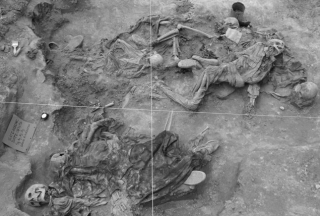