Round of talks conceived by LE BAL, l'Ecole Normale Supérieure and l’université Sorbonne Nouvelle – Paris 3
From january 26 to June 7, 2018

Carrying on from the series “Marx en scène” in 2016 and “Matérialismes à l’œuvre” in 2017, LE BAL, the École normale supérieure (ENS) and université Sorbonne Nouvelle-Paris 3 join forces for a series of debates-projections on the differences between the human and the non-human and the parameters that are destabilising and blurring them. Through the prism of animism, artificial intelligence, non-human sensibilities and post and trans-humanism, the debates spur thinking about a decentering of the human and envisage what some consider a non-human turn occurring in the human sciences.

For nearly 30 years, Israeli-American painter, writer and filmmaker Roee Rosen has developed a singular body of work combining fictional characters and autobiographical fiction, cross-fertilisation of iconographic and literary traditions (from the lives of saints and martyrs in the medieval The Golden Legend to children’s books, German Romanticism, Surrealism and Nazi symbols) and a critical look at contemporary Israeli policy. After a screening of her film The Buried Alive Videos (2013), he discusses a theme that has been present in his work from the outset: the animation of objects with powerful symbolic, psychological and political value.

Thursday 8 March, 8 pm
Bordering on the human. For a comparative anthropology of artificial creatures

Must robots look like us? What can be gained from cultivating confusion between man and machine? What can be done to go beyond it? Emmanuel Grimaud is interested in the interactions between humans, artefacts and technology in areas as diverse as religion, robotics and astro-morphology. The author of books on interactions with machines — Dieux et Robots (Gods and Robots, 2008), Le Jour où les robots mangeront des Pommes (The Day Robots Will Eat Apples, 2011) and Robots étrangement humains (Strangely Human Robots, 2012) — he has made several films, including Ganesh Yourself (2016), featuring the android avatar of a Hindu god and its many interactions with the crowd in the streets of Mumbai, India. He is currently working on another robot, Durga, which measures the life force of those who come to consult it.

Donna Haraway, a historian and professor at the Center for the History of Consciousness at the University of California, Santa Cruz, writes about the history of science, biotechnology and inter-species relationships while never wavering in her commitment to feminism and environmentalism. Cyborg Manifesto (1984) toppled the barriers between humans and non-humans in favour of hybrid identities freed from normative structures of gender or species. Her incomparable creativity is recognisable in her use of language and acquaintance with (science) fiction. Fabrizio Terranova’s film about this iconoclastic figure whisks us off to a world where living beings of every species and machines not only live together, but also form hybrid communities. After presenting excerpts from his film Donna Haraway: Story Telling for Earthly Survival (2016), Terranova evokes his encounter with the philosopher and how he conceived the film, whose very form attests to the originality of a singular thinker.

Thursday 3 May, 8 pm
Beyond the human?

With artists Fabien Giraud, Raphaël Siboni and Laurence Bertrand-Dorléac, curator of the exhibition

Giraud and Siboni’s work is underpinned by an aspiration to decenter, to shift perspectives in order to adopt a point of view that redefines the practice of cinema towards an extra-human experience. The development of drones and new measuring and viewing devices thrusts us into different space-time coordinates. Is it necessary to forsake the human as a reference point in order to think about man’s future? What can post-humanist theories contribute to how our story is told? After screening their films, the artists share their views in a conversation with Laurence Bertrand-Dorléac, co-curator of the spring 2018 “Artists & Robots” show at the Grand Palais. This exhibition aims to question the status of artistic and creative activity in the age of robotics and artificial intelligence and allow visitors to experience works based on the collaboration between artists and the computer programmes they invented.

Joanna Zylinska is professor of new media and communication at Goldsmiths, University of London. Straddling practice and theory, her work probes the ethical, epistemological and political issues raised by new media. She has written many books, including Bioethics in the Age of New Media (2009), Life after New Media: Mediation as a Vital Process (2012) and Minimal Ethics for the Anthropocene (2014). Zylinska discusses her latest work, Nonhuman Photography, published in 2017. She ponders the future of photography in the context of a visual culture characterised by the development of new ways to record, view and circulate images ruled by the logic of technology and algorithms. That perspective — photography dissociated from all human intervention — is linked to Zylinska’s photo project, Active Perceptual Systems.

Conceived by Ada Ackerman, Alice Leroy, Antonio Somaini and Christine Vidal with support from the research teams at THALIM (Theory and History of the Art and Literature of Modernity, CNRS/Paris 3) and LIRA (International Arts Research Laboratory, université Sorbonne Nouvelle Paris 3).

The animated object, between fiction, politics and disconcerting strangeness 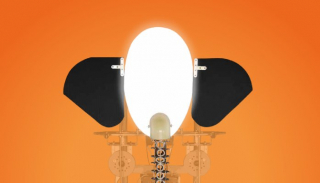 Bordering on the human. For a comparative anthropology of artificial creatures 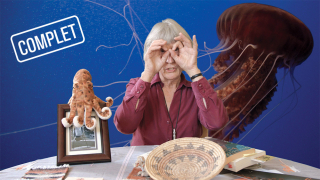 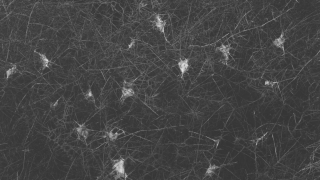 Towards photography without man? 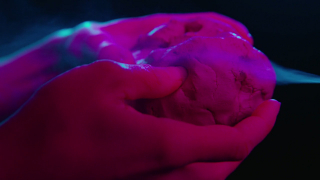 With artists Fabien Giraud, Raphaël Siboni and Laurence Bertrand-Dorléac, curator of the exhibition 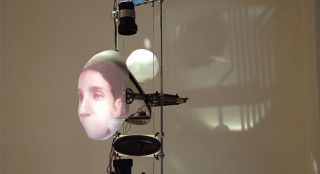