"...when you dance with life itself: when you form the meaningless world into photographs, then form those photographs into a meaningful world." -Paul Graham

A few months after retrospectives of his work at London’s Whitechapel Gallery and the Folkwang Museum in Essen, Germany, LE BAL presents two series by Paul Graham: Beyond Caring (1984-85) from his early career, depicting unemployment offices in Thatcher’s Britain, and The Present (2011), shown for the first time in France and the final part of an American trilogy which also includes American Night (1998-2002) and A Shimmer of Possibility (2004-2006).

In the mid-1980s, Beyond Caring introduced a new kind of social commentary to the great British tradition of sociological surveys, regenerated by the unconventional and, given the documentary nature of the work, controversial use of colour. Refused permission to take photographs in unemployment offices which were bursting at the seams with 10 million people out of work, Graham put his camera on the floor or on the chair beside him, and took the photos without using the viewfinder. The random compositions with their arbitrarily framed, resigned bodies, further heighten the sense of alienation.

To photograph a subject such as «unemployment» this way was part of a deliberate strategy:

“I wanted to take photojournalism’s most outdated cliches and drag them kicking and screaming into the new era of photography. To get to the worn-out heart of things and bring it back to life.”

The Present pays tribute to the legacy of the American masters of street photography – Harry Callahan, Lee Friedlander, Garry Winogrand – and the hustle and bustle of New York City whose streets are a jumble of people, neon lights, signs and gestures. Graham captures two (or three) images from this uninterrupted flow, taken just seconds apart, and presents them as diptychs (or triptychs).

Set side by side, the images reveal unexpected, fortuitous affinities between two points in time. The decisive moment unfolds. Looking back and forth between the images, we are prompted to consider how they are connected, and this heightens our awareness of the ephemeral alchemy of reality.

Like John Baldessari before him, Paul Graham captures that unlikely instant when three balls thrown into the air are suddenly perfectly aligned.

The extraordinary within the ordinary. Triviality as perfection.

The Present is both an incisive political analysis of contemporary American society and an exploration of photography as language, although this second point is more elliptical than demonstrative. The dominant theme is our awareness of others and of things, and the highly focused attention to reality this requires.

Paul Graham has been awarded by the Deutsche Börse Photograph Prize in 2009 and by the Hasselblad Foundation International Photography Award in 2012. 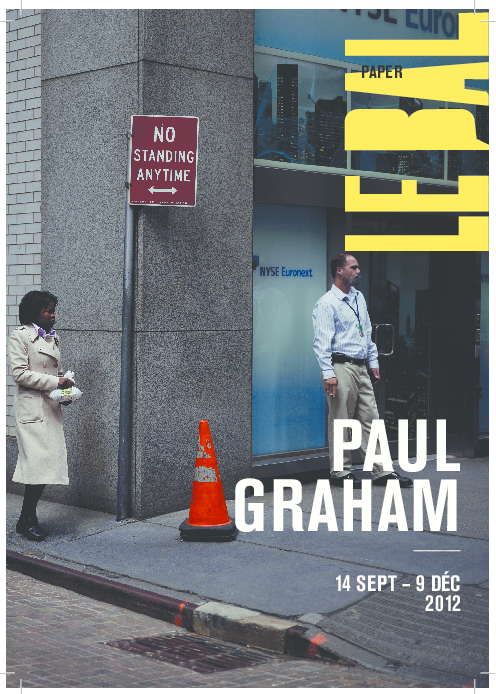 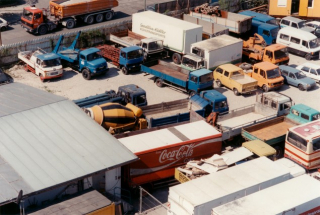 Image and Archive. Color-Photographs since 1980