At first sight, the idea of landscape seems purely aesthetic. Yet, Lewis Baltz established it with strengh by his work. Photograph the landscape or architecture is oustandingly political "owing to the cynic commodification of living conditions". The landscape is also political by another dimension : it is whithout doubt the photographic genre that is the most compatible with the public order. The DATAR mission in which Lewis Baltz contributes is one of the most emblematic.

Critic, publisher and graphist, Rémi Coignet hosts the blog Des Livres et des photos sur LeMonde.fr. He is a member of the editorial committee of the review The Eyes. His texts are often published by many magazines.

Entry price at the exhibition
Plus de renseignements : contact@le-bal.fr 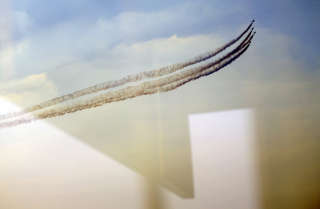